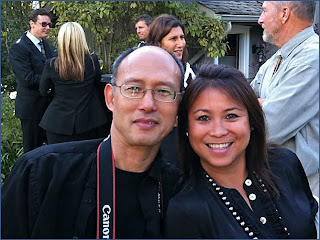 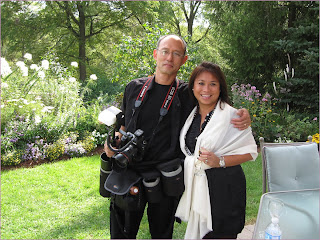 While shooting a wedding earlier today on Crooks Hollow Road in Dundas, ON, I met my first cousin Miriam, who was a guest at the wedding. Small world!
Nestled in a small valley, through which the Spencer Creek flows on its journey to the Niagara Escarpment north of Dundas and Hamilton, lies the pioneer community known as “CROOKS’ HOLLOW”. Following the close of the American Revolution in the late 1700’s, Upper Canada became a haven for United Empire Loyalists escaping from the United States, many of whom made their way from Niagara to the Western end of lake Ontario where they had been granted land by King George III of England. Attracted by the potential water power offered by the Spencer Creek, many early settlers came to this area of Flamborough West.
Upper Canada's (Ontario's) first paper mill, the Darnley Grist Mill, started operations in 1926, on the Spencer Creek where it crosses Crooks' Hollow Road.
Sept 12th.
at September 12, 2010